Boss Fusion
Home Wealth Why Do Millennials Have No Money

Why Do Millennials Have No Money

Why Do Millennials Have No Money? Why are they struggling to make ends meet? Why are they broke when previous generations were able to save money, buy homes and live comfortable lives?

The short answer is that millennials spend more than they make.

– Why Do Millennials Have It Harder Than The Previous Generation?

Millennials seem to live a hard life. The economy is not doing well, and boomers have all the money. They have more money than previous generations, so why do millennials have it harder off?

The boomers were born into a time of economic prosperity. Their parents took them out of school early to work on their own business or career choice. In those times, people could start at an entry-level job and climb up the ladder as they gained experience. Companies deemed boomers as competent enough for management positions after only five years on the job, where millennials take eight years before companies trust them with higher-level responsibility (Erb & Harvey).

If boomers wanted to start their own company, there was plenty of land available for them to do so. Many boomers owned their own homes, and only had the financial responsibility of paying off a mortgage. Money was more readily available because there were no expensive college degrees required to get a job. The boomers were able to find jobs easily, and keep those jobs until they retired at 65 years of age.

– What Is Different About Millennials?

Unlike boomers, millennials are fighting harder than ever just to stay afloat. They have had to pay high tuition costs for college degrees that aren’t worth anywhere near what boomers made with similar degrees (Erb & Harvey). When the recession hit in 2008/09, many boomers had already collected social security benefits or pensions from work whereas millennials haven’t started.

– Why Are Millennials Broke?

The monthly paycheck of many millennials has gone down by 4% on average since the 1970s. At the same time, debt has risen sharply for this generation over the past four decades. This is according to a recent study by GoBankingRates which found that monthly income had decreased at an average rate of 4% while debt increased about 29% from 1970 to today.

In total, monthly income has decreased by about $530 while monthly debt levels have risen almost three times as much. The study also found that:

The average young adult with student loan debt owes $41,288, according to the study. That’s up significantly from $17,419 in 2005. Because of this high debt amount, 22% of millennials say they are delaying saving for retirement because of it.

Millennials are stuck paying off their college degree loans while struggling with monthly bills and credit card debt. Some students graduate with more than $40,000 in debt (Erb & Harvey). Thus, making it harder for them to find a job that pays well enough for them to attempt to pay back their loans or maintain financial stability on an entry-level income (Broussard).

The general consensus among those who have studied millennials is that this generation is much less likely to own a home or car than previous generations were at the same age.

– Members Of The Millennial Generation

Millennials do not have retirement accounts, homes, or pensions. In the past few years, retirement planning has become a dying trend due to older generations retiring and changing their priorities. Millennials are spending more money on immediate expenses such as healthcare and education rather than retirement planning. Most people in this generation stay financially unstable by living paycheck to paycheck in their early adulthood. The financial stability in future retirement is also at risk because millennials don’t have a pension which is less common in previous generations.

The economic recession was a financial downfall for baby boomers but they were still able to benefit from having retirement plans and pensions. In contrast, millennials don’t have retirement accounts, homes, or pensions to have financial stability in retirement. The economy has shifted the retirement culture from saving for retirement to spending retirement savings on healthcare and education.

Millennials are more likely to spend on immediate expenses rather than their future because they prioritize these expenses over retirement planning. Millennials are also at risk since they are seeing record low-interest rates which means if they want to save their money, it won’t grow much. For example, millennials that put money into a retirement account will earn four times less interest than older generations that did the same thing in their twenties or thirties. This causes the millennial generation to not see retirement accounts as important for financial security.

Most millennials live from paycheck to paycheck and don’t plan for retirement until later in life.

– Why Can’t Millennials Save Money?

Millennials are in a financial crisis because of the debt they owe, their spending habits, and changes in society. For example, their general consensus is that this generation is much less likely to own a home or car than previous generations were at the same age. With higher monthly bills, millennials are spending their money on immediate expenses rather than saving for retirement. This causes the millennial generation to not see retirement accounts as important for financial security.

Stagnant wages and rising living expenses are factors as to why millennials can’t save money.

Financial success is something that every generation hopes to achieve upon reaching adulthood. While some young adults are able to hit the ground running following graduation, many others are left behind after years of trying to escape the chains of student debt. The Great Recession had a major impact on financial fortune for millennials all over the world as college graduates floundered in their attempts to enter the workforce and find jobs that could help them pay off those debts. As a result, this crisis continues to have far-reaching effects as millennials struggle to enter into financial stability.

The average millennial makes about $35,000 a year compared to the average Baby Boomer who made over $50,000.

Millennials are also delaying some of their biggest financial milestones including buying homes and starting families.

Ninety-three percent of millennials are living paycheck to paycheck.

Many attribute this to overwhelmed debt levels that have exploded due in part to the Great Recession.

It’s not unusual for student loan borrowers with advanced degrees to end up with even more debt than they had when they started school. Student loan debt can strain future earnings power in future professions and cause future generations to put off major financial decisions like buying real estate or having children.

Millennial behavior is different than buying behavior in previous generations. They spend less on physical products and more on experiences and socializing than young adults before them.

-How Millennials Spend Their Money and Time: Food, Clothing, Entertainment vs Expenses for Housing and Education

The millennial generation spends less of its income on food, clothing, and entertainment than young people before them did.  Instead, they save money by spending less on these things so that they can afford to pay off student loans or put a down payment on a home or apartment sooner. The shift in what young people spend their money on has also been attributed to the rise in income equality across classes in the United States. Another reason young people today are spending less is to cut down on the amount of time they spend working since young people today work more than young adults before them.

-How Millennials Differ from Other Generations: Money Values and Wants vs Needs

In addition to young people spending differently, their money values are different too. They do not prioritize saving or investing for the future like young adults before them did. Instead, they focus on spending their money on everyday experiences that can bring them pleasure in some way. The prioritization of fun over education is something that has stayed consistent throughout history among young adults but it seems like young people today place even less value on things like homeownership or job security than young adults before them did.

The millennial generation is in dire straits financially. They are making less money, have more debt than the generations before them and they’re faced with an economy where material goods keep getting more expensive. And this doesn’t seem to be changing anytime soon. In fact, many millennials don’t think they will ever afford a car or home because of these financial struggles. So how do you feel about the current state of finances for this generation? Do you agree that it’s time we took steps to help alleviate some of their burden from student loans? Or perhaps reactivate a social safety net through universal basic income that would provide everyone with enough funds so as not to live paycheck-to-paycheck? What other solutions can we come up with to help young people out of this predicament?

How to Stop Living Paycheck to Paycheck: Tips On Saving 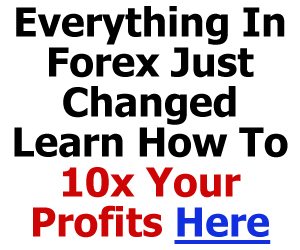